She participated 2013 as musician & composer in the European project ENCORE (European Nyckelharpa Cooperation - ORchestral Experience). In October 2013 she had her first concert tour in France with the ensemble of Lucilla Galeazzi, in December 2013 she performed in Germany with the international Early Music ensemble Oni Wytars and in January 2014 her first duo concert in Italy together with Marco Ambrosini, in December 2015 with the Estonian vocal ensemble Vox Clamantis, in 2018 with the Estonian Philharmonic Chamber Choir, with the Czech Tiburtina Ensemble and with the Ensemble "Translucent Borders", a project of the New York University.

Angela is Certified Graduate of the European Nyckelharpa Training and also participated successful at the Early Music Master Classes 2014 and 2015 in Bertinoro (Italy), organized in cooperation with Fondazione Alma Mater, Music and Arts University of the City of Vienna and the Musikhochschule Trossingen Music University.

She is now matriculated at the Music University of Trossingen.

Angela plays on instruments made by Annette Osann & Olle Plahn and bows made by Carolin Fauer. 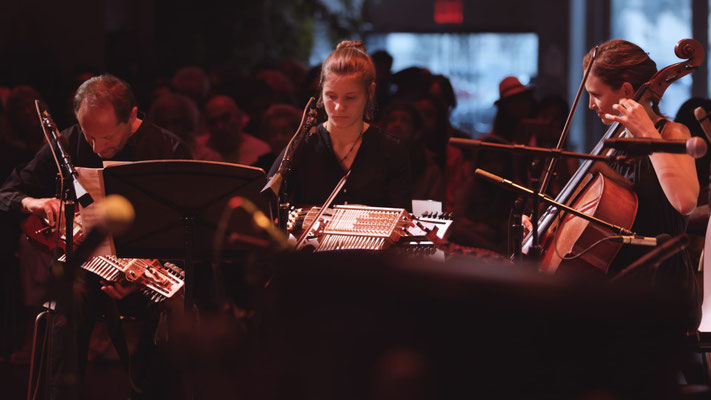